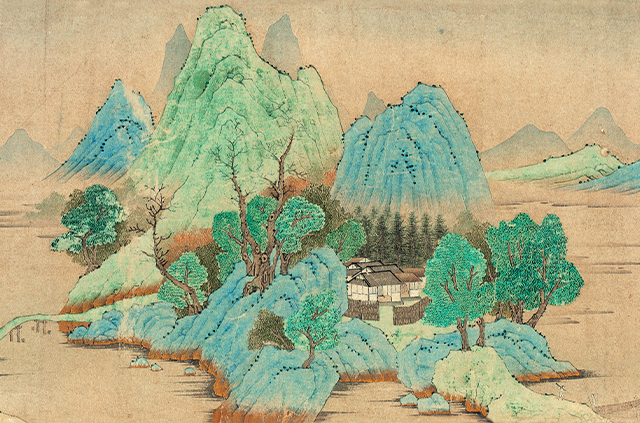 This painting depicts cottages in a village near Pinghu Lake. In the distance, with a cloudy sky as a backdrop, the mountains are dotted with cottages scattered among trees. There are few people in the painting, and only a couple of fishing boats on the lake. It is a scene of a mountain retreat far away from the worldly hustle and bustle, representing an ideal state of scholarly tranquility.