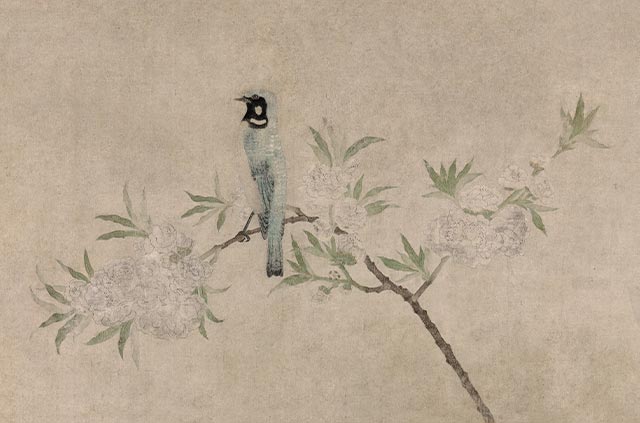 The first section of this painting depicts peach blossoms and small, light-colored birds. The middle part depicts peonies, with refreshing green leaves matching the pink blossoms. The last part portrays winter plum blossoms, with new twigs protruding from the stems in a balanced way. The birds and flowers, all depicted with piercing strokes and elegant colors, are delicate and refined.