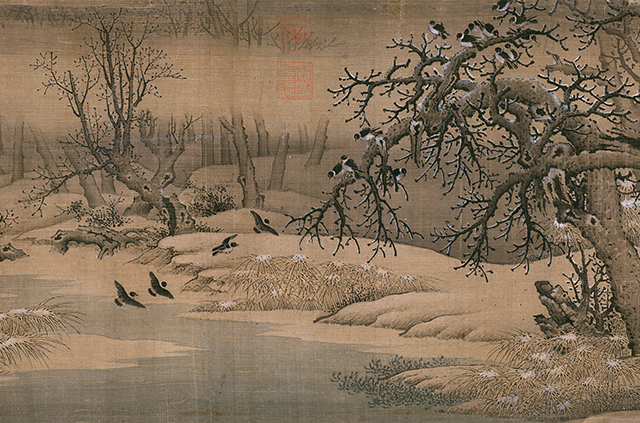 This painting depicts the sights and sounds of flocks of crows gathering at the border of a wall and in a forest after a winter snow. The tree trunks are painted with extremely light ink, and the branches are thin and expansive, with luxuriant needles on the treetops. The fine branches have the appearance of crab claws. It is a vast, bleak scene.