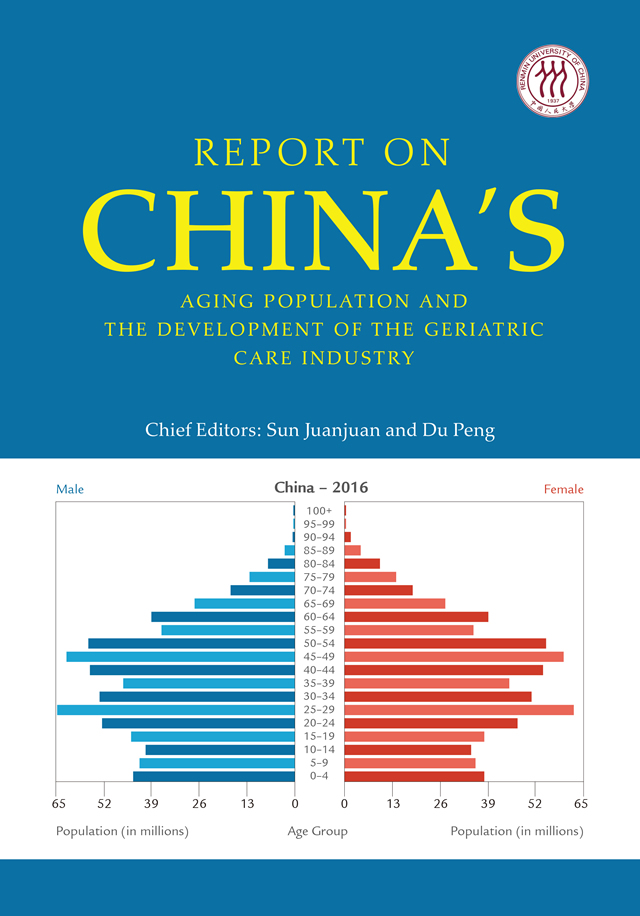 This report analyzes the current situation and trends of China’s aging population using statistics from the 2015 United Nations Population Aging and Development Data and China Longitudinal Survey on Ageing Society, and survey data released by the National Bureau of Statistics of China, the Ministry of Human Resources and Social Security, and the Ministry of Civil Affairs. It systematically studies living conditions, family situations, and the development of the geriatric care industry in China, and proposes corresponding solutions and countermeasures for the various issues.

Sun Juanjuan is Professor at the Gerontology Institute of the Renmin University of China, a council member of the China Association of Gerontology and Geriatrics, a council member of the China Population Society, and a member of the Gerontological Society of America. She has visited and conducted research at Columbia University in the United States. Her main research areas include the quality of life of the elderly, geriatric care services, the productive ageing of elderly, public policy for old age, urbanization, and population mobility. She is the author of reports including “Study on the Quality of Life of the Chinese Elderly”, and “Gerontology and the Usefulness of the Elderly: An International Perspective”.

Du Peng is the Vice President of the Renmin University of China, Director of the Gerontology Institute, a professor, member of the Expert Committee of the Ministry of Civil Affairs, Vice President of the China Association of Gerontology and Geriatrics, and President of the Beijing Society of Gerontology. Between 2009 and 2013, he served as the Chairman of the Asia-Pacific region of the International Association of Gerontology and Geriatrics. He was the recipient of the State Council’s special allowance, and was selected for the “New Century Talents Project”. His main research areas include population and development, aging population and its issues, and old age public policy, and he is the author of works including “Research on the Process of China’s Population Aging”, “The Situation of the Aging Population and Old Age Public Policy in the European Union”, “Research on China’s Rural Disabled People and their Social Security”, “China’s Population in the New Century: Analysis of China’s Fifth National Census Data”, “Aging Society and Harmonious Society” and “Retrospect and Prospect: Studies on Chinese Elderly Care”.