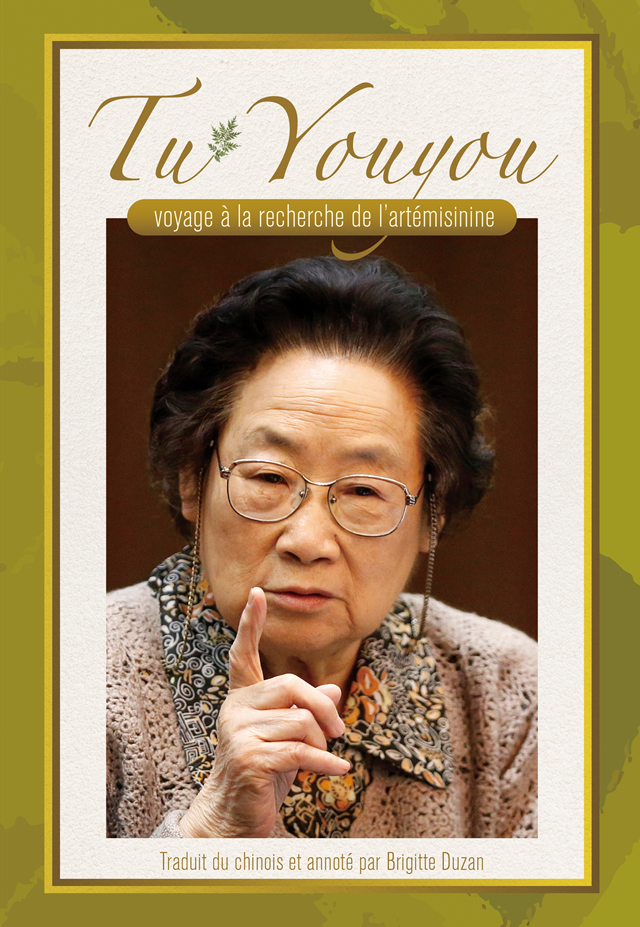 This book tells the story of the 2015 Nobel Prize for Biology or Medicine Award winner Ms. Tu Youyou, whose studies in traditional Chinese medicine led to the discovery of artemisinin. Let us follow her path of study, the road taken by this great woman scientist, and see how science researchers fought against malaria, discovered artemisinin, and saved lives.

Tu Youyou discovered artemisinin, the drug that “saved 200 million people.” In 2013, worldwide there were about 200 million people were reported to have had malaria, and about 580,000 died. About 90% of malaria deaths occurred in Africa, with 70% of African malaria patients being treated with artemisinin.

“As a young scientist, I felt overwhelmed by the trust and responsibility received for such a challenging and critically important task. I had no choice but to fully devote myself to accomplishing my duties.”
—Tu Youyou, in her Nobel Prize Lecture

(She was) Stubborn enough to spend decades piecing together ancient texts and apply them to modern scientific practices. The result has saved millions of lives.
—BBC News

The future benefits of many seminal discoveries in basic biomedical sciences are not always obvious in the short run. But for a handful of others, the impact on human health is immediately clear. Such is the case for the discovery by Youyou Tu and colleagues of artemisinin (also known as Qinghaosu) for treatment of malaria. Artemisinin has been the frontline treatment since the late 1990s and has saved countless lives, especially among the world’s poorest children.
—Artemisinin: Discovery from the Chinese Herbal Garden, PubMed Central

Although malaria has been eliminated in the U.S., it causes hundreds of thousands of deaths worldwide each year. Tu’s discovery is a mainstay in the efforts to save those lives.
—Time

Nearly 50 years ago, Tu Youyou began working on a classified Communist military project using clues from ancient Chinese medicine in search of new cures for malaria. Tu shared the Nobel Prize for Medicine in recognition of her work, which has led to one of the world’s final and most potent defenses against a tropical disease that kills over half a million people each year.
—The Washington Post

Tu Youyou began working on malaria during China’s Cultural Revolution, when the government launched a secret military project to find a remedy to one of the world’s most deadly diseases. Tu went through traditional Chinese medical and folk remedy texts looking for possible treatments. One, the extracts from Artemisia annua L., or sweet wormwood, stopped the parasite’s growth. In 1972 they produced a drug that could be used to treat humans.
—USA Today