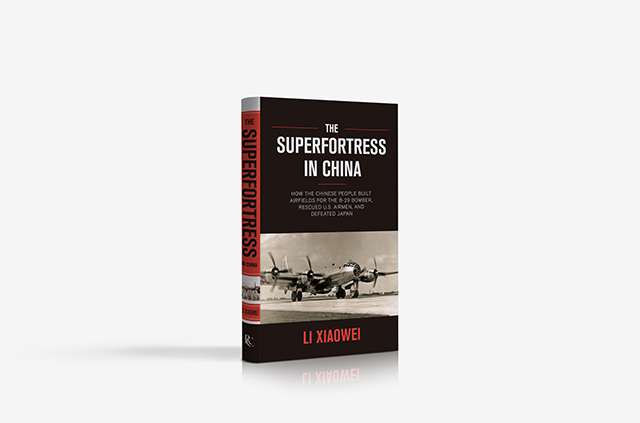 Near the end of World War II, the United States decided to launch a strategic bombing of Japan with both conventional and atomic bombs, using the new B-29 Superfortress. The first strikes were to be carried out from nine airfields to be quickly built around the southwestern city of Chengdu in Sichuan Province.

But the real story is how these airfields were built. By mobilizing 500,000 Chinese peasants and workers in three months under trying winter conditions, this incredible feat is largely unknown to the world, even in China.

From December 1943, when the order was given to build the airfields, to April 1944 when the first B-29s arrived, this book tells the story of the amazing work done for the B-29s to begin their missions to bomb Japanese targets in Southeast Asia, Japanese occupied Taiwan, and the home islands of Japan. After the capture of the Mariana Islands by the U.S., new bases for B-29s were constructed there and the work in Chengdu was effectively completed.

With month-by-month detailed information of the 49 missions carried out, richly illustrated with historic photographs, and many original documents included, this book is a chronological record of the twelve-month operations of the Chinese people’s cooperation with the U.S. 20th Army Air Force to defeat Japan aggression and end World War II.

Li Xiaowei is a field researcher of the history of the B-29 Superfortress in China. He served in the People’s Liberation Army Air Force in the early 1980s and has been working for the Chengdu Economic TV Station since 1992 as a journalist in the features department and as a documentary director. Since 1999, he has researched the history of the US Army 20th AF in China during World War Two, and has collected complete historical evidence in Sichuan, Chongqing, Yunnan, Shaanxi, Gansu, Jiangsu, Beijing, Taiwan, and America.