Royal Collins announced that the company held a very successful event with SPM, one of the largest Chinese publisher at the meeting room 1E02 on May 28th. About 40 publishers who are from America, Canada, UK and India had attended this unique event. 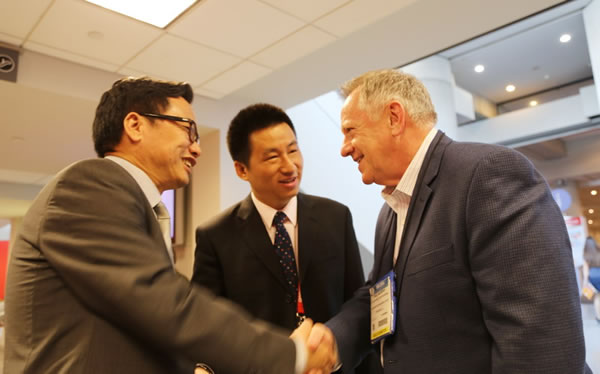 “We are very honored these best friends can attend this event. About three years ago, I was the first Chinese independent publisher who made English speech at BEA. But this year, I can hold an event with the largest Chinese publisher at BEA. So I am very proud of this.” Said by Mr. Bob Song, President at Royal Collins. 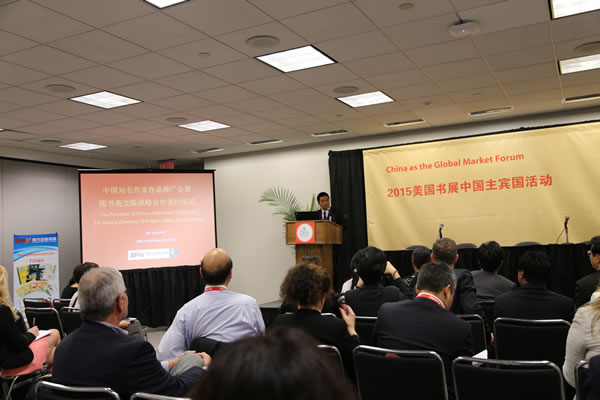 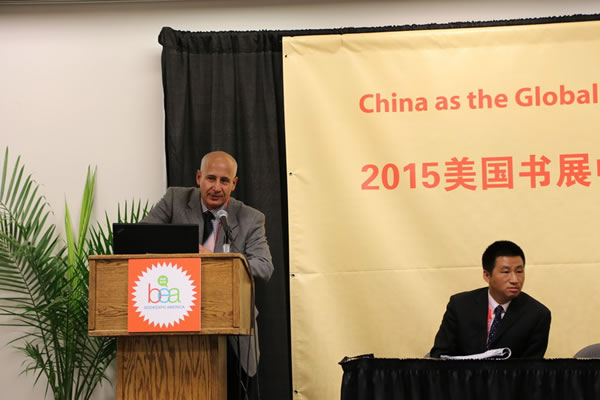 In this case, Royal Collins tried to explain and broadcast Chinese culture in the American way. As an expert of Chinese culture, Mr. Stephen Horowitz recommended ten top Chinese authors and works in English to the audiences. Mr. Li Jianchen, the Deputy Director of GAPP appreciated this great trial.

“In the future, we will work as a professional match maker for Chinese publishers and foreign publishers.” Said by Mr. Bob Song.

Committed to the success of its partners, Royal Collins works closely with publishers, retailers, libraries and schools around the world.  In providing the right products and services for success in the dynamic and increasingly complex world of content publishing, Royal Collins now has eight operating units in North America, Asia and Europe. Learn more about Royal Collins Publishing Group at www.royalcollins.com.