From TV Programme: The Pillars of a Great Power
Financial Channel, CCTV, 2013 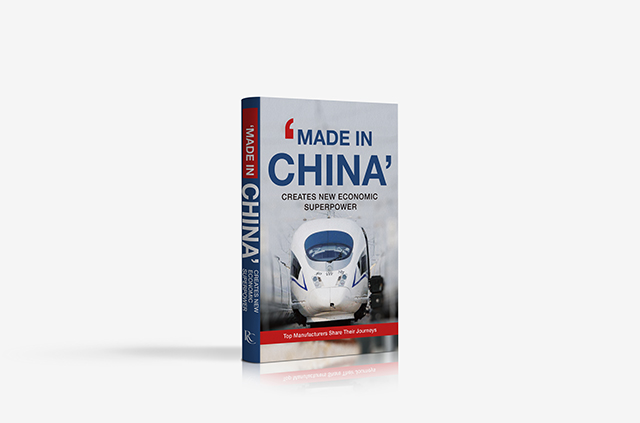 ‘Made in China’ explores the incredible progress of Chinese industry over the last century, focused primarily on the period following the 1978 Chinese Economic Reform, better known as ‘Reform and Opening-Up’. From the elementary stages of manufacturing to the innovative specialisation of today’s various industries, this book charts China’s development on the course to becoming one of the world’s highest performing industrial powers. With reference to various global campaigns in which China has been involved, there is an underlying thread that tells of the nation’s competitive growth alongside various foreign powers, which has ultimately given rise to a localised and powerful Chinese industry. Whilst recognising the multiple foreign companies that challenged China during her industrial revolution, this book works primarily to give a voice to the domestic manufacturing corporations that have truly bolstered China’s industrial success to this day. Touching upon various innovative milestones; from the development of numerically controlled tools at Dalian Guanyang, to the production of world-class thermal turbines at Shanghai Turbine Company, to the manufacturing of solar cells at Chint Group, ‘Made in China’ takes account of the unique and intense achievements of Chinese industry. Finally, the closing chapter establishes the link between this piece of work and the Chinese television programme about the industry, Pillars of a Great Power that was launched on CCTV in 2013. Writers, directors, and producers involved in the creation of the documentary programme share the emotional and empowering experiences they encountered in the process, illustrating the grand impact of industrial manufacturing on the Chinese nation as a whole.