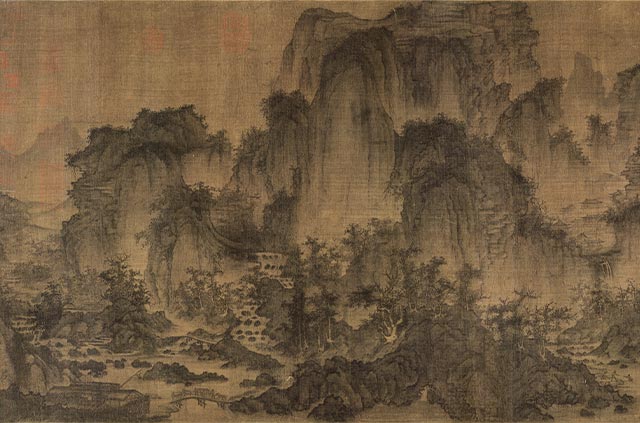 In the foreground, light boats are moored, with pedestrians and horse carts moving between them. In the distance a peak rises, the shadow of a looming tower implying that a city lies not far away. Springs and waterfalls flow between the peaks, embellishing the rolling mountains and turning them green and lush. The overall composition suggests both noise and silence, with contrasting hardness and softness. It is a harmonious, vivid image.