Royal Collins announced that the company has finished the co-publishing project with Anhui People’s Publishing House. This project is a series of Huizhou Culture with 20 different titles.

“It’s awesome,” said Mr. Stephen Horowitz, the Chief Editor of Royal Collins, “ Nobody can believe that we finished this project in just two months. APPH has a good team. They have done a great job.” 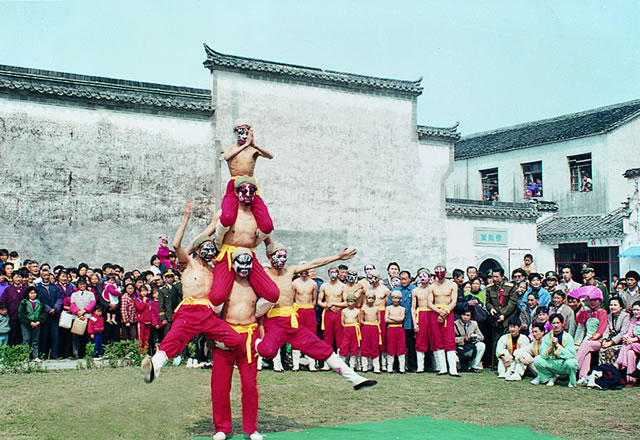 “We are ready to sell this series in English-speaking countries.” Said Mr. Bob Song, President, Royal Collins Asia Pacific Business. According to the marketing plan, this series will be launched at 2015 New Delhi Book Fair. As the partner of Anhui People’s Publishing House, Royal Collins helps APPH translate, edit, design, print, produce the e-book and distribute the products around the world.

“Channel is always eager to feed the good contents.” Said Mr. Nizam Ahmed, President of Ditech. As a global company, Royal Collins has 50000 channels. “We believe we can help any publisher develop any international business. Huizhou culture is a good example to 500 Chinese publishers.”Said Mr. Bob Song.

About the book: Huizhou culture is one of the biggest three regional cultures in China, and is a typical example of inheriting the traditional Chinese culture. It intensively and typically reveals the essence of traditional Chinese culture and contains the fundamental aspects of economy, society, life and culture among civilians in the late feudalism China. The book series goes through the history of Huizhou, touching upon the aspects of politics, economy, culture and society, which is the most integrated and systematical collection of Huizhou arts, history and geography. The 20 volumes of the series are Huizhou Woodblock Print, Huizhou Crafts, Huizhou Folk Customs, Huizhou Block Printing, Huizhou Architecture, Huizhou Merchants, Huizhou Villages, Huizhou Cuisine, Huizhou Seal Cuttings, and Patriarchal Clans of Huizhou, and all consist of part I and part II.