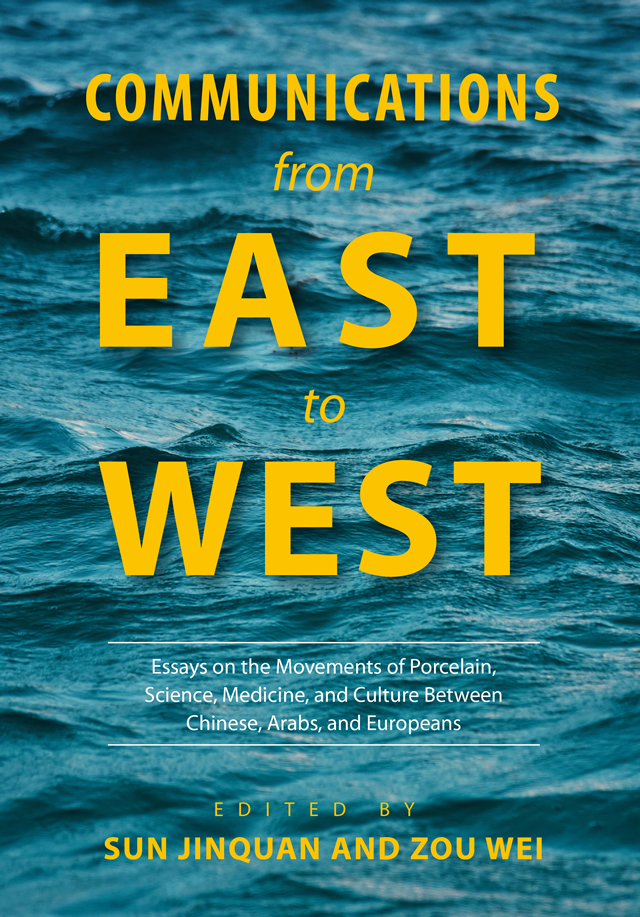 This collection of essays by noted Chinese scholars examines the way in which cultural communication between the East (mainly China) and the West (Europe) through the Arab world, focusing on various forms of culture, including art, science, literature, and medicine. The trade routes in which key commodities like porcelain and tea are well-known, but many other methods of cultural exchanges, through the translation of literary works and medical tomes, the spread of navigational instruments, and mapmaking all played important roles in disseminating culture. These 18 essays covering diverse topics such as alchemy, porcelain, literature, Chinese medicine, and geography are an important contribution to academic as well as popular knowledge of East-West communications.

Sun Jinquan, postgraduate mentor in College of History at Sichuan University and vice president of Historical Association of Sichuan Province, mainly studies history of Renaissance, history of the communication between the East and West, and history of economy and culture during the transitional period in modern Europe. His academic achievements have received 10 awards from Ministry of Education, Sichuan Provincial Government, Sichuan Historical Association, and Sichuan University. Representative works of his include Renaissance and Communication between East and West, History of Economic Society in Late Medieval Europe, and Chinese Historical Records in Japan.

Zou Wei, Doctor of history at Nankai University, associate professor at History and Culture College of Sichuan University and traditional Chinese medicine and health care institute of Sichuan University, special fellow at Greek studies center at Nankai University, and part-time researcher at Greek Studies center at Southwest University, mainly studies the history and culture of Byzantine, the history of communications between the East and West, and the Medieval Times and Renaissance. She participated in the writing of the History of Renaissance (People’s Publishing House, 2010), specifically the 80,000-word fourth chapter British History during Renaissance. The book was awarded first prize of outstanding achievement at the 6th Scientific Research in Colleges and Universities (Humanities and Social Science).